As we walked on the pebbly beach of St Columba’s Bay, it was rather awe inspiring to think that 1452 years ago the man himself had landed there from Ireland with 12 of his companions. They soon looked for land to build a monastery that would become in time a centre of learning and spiritual refreshment. It would not be long until his ministry would expand and reach not only the Picts of mainland Scotland but also the inhabitants of Northumbria.

A lot of water has flown under the bridges since then and today, one wonders whether he ever imagined that over a thousand years later people would still want to come to Iona to find that same peace he wanted to share.

That is what our small group of 21 did. How each one reached that goal no doubt would vary for each individual, nevertheless that we DID get refreshed and renewed, both physically and spiritually, seems to be true for everyone without question.

The staff at Bishop’s House welcomed us most warmly and looked after us beautifully. Each morning we were privileged to start the day with Eucharist, gently and empathetically led by Joyce, the local Episcopal minister. We often thought of Dan then but the fact that we could reminisce and talk fondly about him helped us come to terms with our loss, find peace and give thanks for this unique and colourful character God had placed for a while on our life’s journey.

Our days gave us time to explore the island and its places of interest on foot, read, rest, meditate, pray and play. The Scrabble A Team was a force to contend with and great fun to watch. However if you think that our stay was devoid of excitement, think again… The discovery of Staffa figures high on the list: the marvel and beauty of creation seen in that little block of land made the sea journey truly worthwhile.

There was also the rescue by the Royal Navy helicopter team of a German lady who slipped on top of Dun-I (the highest point of Iona). A few of us stayed with the lady and her friend until she was safely airlifted to Oban. That day, as all others, was “closed” by a short time of compline and/or a service led by the Iona Community members in the Abbey itself. The fact that the weather was nice

and the fellowship warm made of our stay a very pleasant experience and we trust that what we learned will carry us forward and through any commitment we may have made. 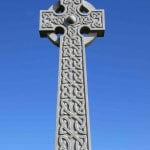 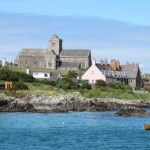 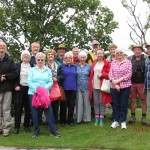 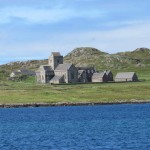 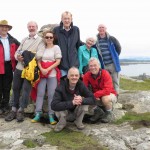 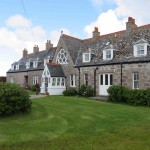 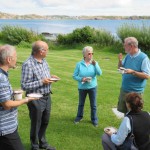 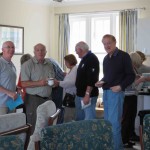 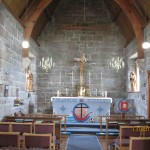 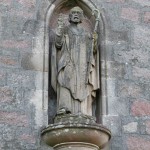 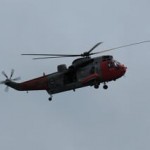 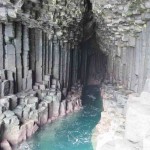 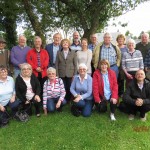