At the Family Service on 8 September, Dan unveiled the font cover which had been discovered in the church basement in a very sorry condition. Joan and Brian East have done an amazing job of restoring it to its former glory.

It  was carved by Major General Thomas Rennie Stevenson CB of Sunnyside (see post on Major General Stevenson), and presented to Christ Church in 1920.  His initials are carved into the base and inside is a small brass plaque giving this information.

He was an expert wood carver and his work can be seen all around the Church, often with the motif of Scottish Thistles, which makes the location of our Church particular, as symbolised by the national flower of Scotland. Pelican:  At the very top is a pelican and its young chicks in its nest.  The pelican was once believed to peck its breast with its beak to nourish its young  with its own blood.  The bird was therefore used to represent Christ’s self sacrifice for humankind and as a symbol of charity (caritas).

Dan based his children’s service on the story of the pelican and all the children created beautiful pelican masks. 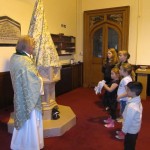 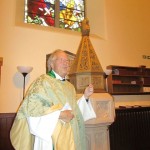 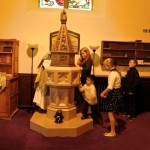 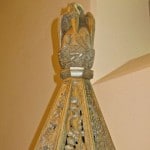 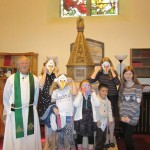 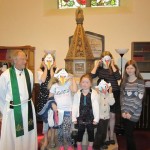 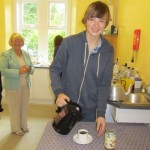 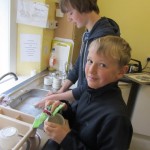 As it was a family service, Kenny and Andrew Jack even helped with the washing up after the service. Well done boys!